The tournament, held Oct. 9 at Quail Creek Golf Club in Naples, drew 220 golfers and raised more than ever before.

“This year’s Founder’s Cup was the largest and most successful in the tournament’s history,” said Christopher Simoneau, Vice President for Advancement and Executive Director of the FGCU Foundation. “We are grateful to all the individuals, teams and sponsors whose generosity helped us build on a tradition established by FGCU’s founders. We are excited to keep the momentum going as we approach the tournament’s 25th anniversary next year and the university’s 20th anniversary in 2017.”

Since its inception, the Founder’s Cup has raised more than $1.45 million for programs that support academic excellence, scholarships, student success, intercollegiate athletics and FGCU’s community and regional impact. These five initiatives form the foundation of the university’s $100 million campaign, which launched in 2014 and is set to conclude in 2017.

The tournament’s low-gross winner on the Creek Course was the team from Stock Development; DeAngelis Diamond Healthcare Group won on the Quail Course. 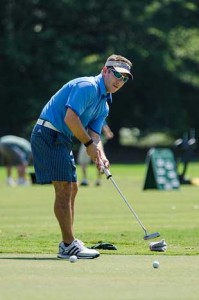 The FGCU Foundation supports the university’s educational mission by securing and administering gifts on its behalf, managing its endowment and allocating funds that advance student achievement and enhance academic programs. For more information, call (239) 590-1067.