H
College of Arts and SciencesFaculty and StaffResearch

In the second-floor lab of Whitaker Hall, past the autoclaves and the microscopes, the neat rows of beakers and funnels, the white lab coats hanging on hooks, researcher Lyndsay Rhodes examines the 96-well plate in her hand. The well plate is roughly the size of an index card and the thickness of a magazine. Each of its 96 clear plastic wells is shaded in varying degrees of violet. In some of the wells, the violet is a dark purple hue. In others, it’s nearly transparent. These almost colorless wells are the ones Rhodes wants. They’re the places where breast cancer cells have been annihilated. 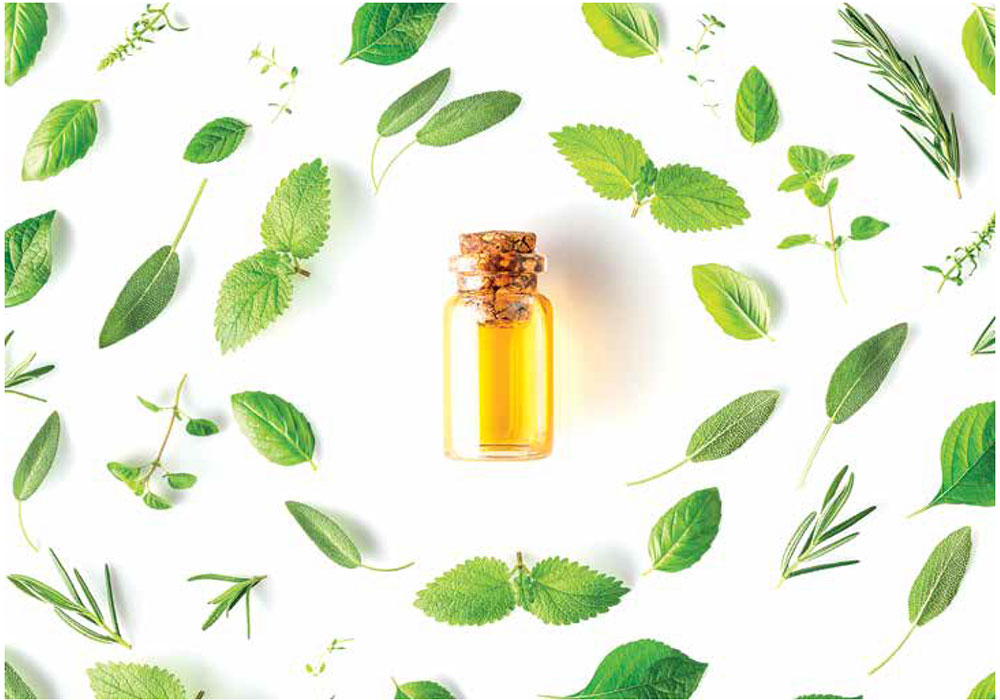 “Cancer is one of those diseases that affects so many people,” she says. “It’s very difficult to find therapies that are capable of killing the bad cells and leaving the healthy cells alone.”

Rhodes, an associate professor and honors fellow in the Department of Biological Sciences, is one of three Florida Gulf Coast University researchers who are undertaking groundbreaking studies in the use of essential oils in pathogenic disease research. Rhodes’ study focuses on natural compounds from plants, including food extracts and essential oils. She and her team are trying to determine which of these compounds has cancer-fighting properties.

Natural plant compounds have been used in Eastern and holistic medicine for centuries, and some modern anticancer drugs have their roots in nature. Rhodes points to the Pacific yew tree, whose bark was the original source of the now synthesized compound used in Taxol, one of the most widely prescribed chemotherapy drugs on the market. She gives another example – the death cap mushroom’s potent toxin, amanitin, has been shown to kill pancreatic cancer cells.

“There are many natural compounds out there. We just have to figure out how to use them,” she says.

For Rhodes, finding a cure for breast cancer is personal. She grew up in rural North Carolina, where cancer was something people didn’t talk about. Her grandmother struggled with breast disease for years. She had fibrocystic breasts, and often her mammograms showed irregularities in the breast tissue. Each time that happened, her grandmother would have to have the tissue biopsied. “It always came back OK,” Rhodes says. “Until one day it didn’t.”

Rhodes and her team of undergraduate researchers are working with 52 natural compounds such as spearmint, peppermint, lavender and eucalyptus, all of which are commercially available. They test each compound against four cell lines that represent two subtypes of breast cancer.

FGCU senior Olivia Romas is in the lab 10 to 15 hours each week. She’s a biology major with plans to attend medical school after she graduates. Romas’ lab time is part of a two-semester research requirement for biology majors. Each week, she follows a three-day protocol. On the first day, she plates the cancer cells. Then she places them in an incubator to grow for 24 hours. After 24 hours, she treats the cells with the correct dose of natural compounds. The cells are allowed to sit for 72 hours, then she returns to collect the data.

Romas had the opportunity to join Rhodes in presenting some of their findings at the Florida Undergraduate Research Conference, held in February at FGCU.

“It was cool to talk to people so interested in the research,” Romas says. “I tell my mom about it, and my boyfriend and my friends, but they don’t fully grasp it. They’re not cancer biologists.” 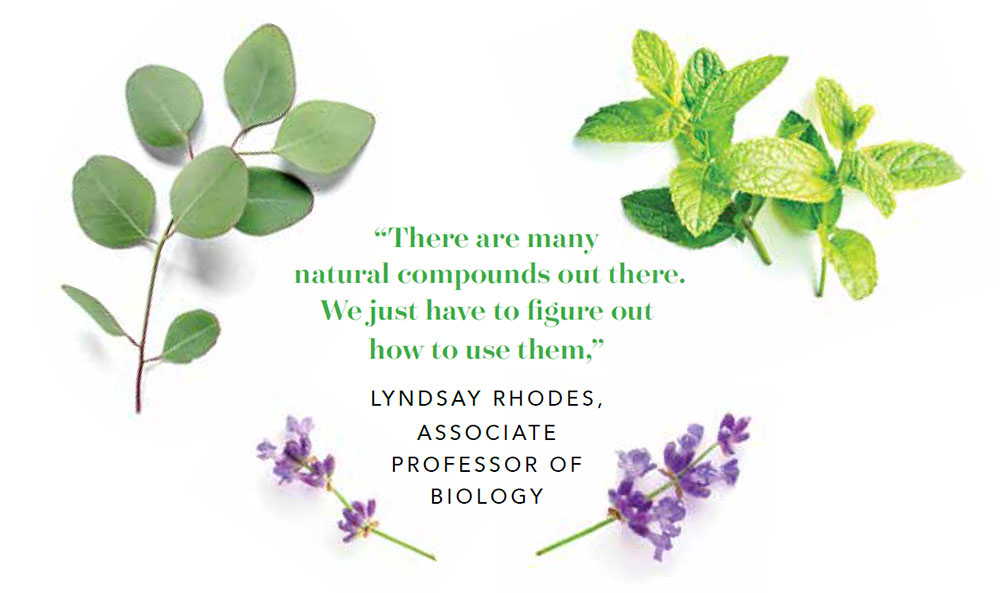 Rhodes launched her study in 2018. As with most research studies, the process is painstaking. The researchers screen each of the 52 compounds against four cell lines, and each test has to be replicated three times to ensure the results are statistically accurate. As if the mechanics of it weren’t complicated enough, the study comes with all the usual challenges of lab work that can slow a project down, like bad-luck moments such as an incubator conking out in the middle of the night.

Still, Rhodes and her team have made significant headway. She’s not yet ready to reveal which of the compounds have yielded the best anticancer properties – in the research world, getting scooped is a real threat – but she admits she’s been surprised by the results. “As an empirical scientist, I honestly didn’t know if it would work.” Holistic medicine, she’s finding, may have a lot to teach us about treating cancer.

Rhodes tempers her enthusiasm by saying she’s still early in the research process and admits her team has a lot more research to do. But for now she’s happily at work in her second floor lab, among the smell of ethanol and the low hum of the incubator, fighting breast cancer one natural compound at a time.