Many people hope they can do something meaningful with their life. Some achieve it through faith. Others focus on charity work. Fewer find it in a profession. The latter is true for Jerry Mitchell, a journalist whose work helped put four 1960s civil rights-era killers in jail. Mitchell is set to discuss his storied career at 6:30 p.m. Wednesday, Feb. 16, in Cohen Student Union room 201 at Florida Gulf Coast University. Part of FGCU’s Black History Month programming, the free presentation is open to the public.

“When we set out to bring a speaker this year, I knew it had to be someone unexpected,” said Precious Gunter, J.D., FGCU’s chief equity, ethics and compliance officer and Title IX coordinator. “Jerry Mitchell is one of those people who joined a struggle for justice when he could have looked the other way. We need more people like him. I hope our students, our community will take this opportunity to learn from someone who pursued the truth and kept the story focused on the victims and their families.”

Mitchell is an investigative reporter. For most of his career, he filed stories for The Clarion-Ledger in Jackson, Mississippi. He’s most known for the reports that assisted authorities in their efforts to secure convictions in some of the South’s coldest race-based cases.

“It was people – prosecutors or investigators or others working on these cases – they had to become convinced this was important, worthy and all those things in order for it to happen,” Mitchell said. “It wasn’t just me. It’s a matter of faith with me, but I believe God’s hand has been involved in these cases. God loves justice.”

Each case involved the deaths of martyrs from the 1960s, primarily Black victims. They include the fire-bombing of Vernon Dahmer Sr.; the Birmingham church bombing, which took the lives of four little girls – Addie Mae Collins, Cynthia Wesley, Carole Robertson and Carol Denise McNair; the assassination of NAACP field secretary Medgar Evers; and the so-called “Mississippi Burning” case involving the murders of James Chaney, Andrew Goodman and Michael Schwerner. A Ku Klux Klansman was eventually convicted in every case.

Mitchell was writing stories about the dead – people he never met. In each situation, the driving force behind this pursuit of justice was the same. It was the family each victim left behind.

“You had to have the families,” Mitchell said. “These courageous families — none of this would have happened if it hadn’t been for them.”

These families grew to depend on Mitchell, and he didn’t let them down. To this day, he’s still close with Evers’ widow, Myrlie. You get a glimpse of their relationship in Mitchell’s new book, “Race Against Time.” Within its pages, he also details his experience reporting on the four aforementioned cases. Some of these stories will be revealed in his appearance at FGCU Feb. 16.

“I tell the stories of these cases and how they came to be reopened, and then try to bring it forward by talking about living fearlessly,” said Mitchell.

The longtime reporter will discuss modern cases, including the shooting at Emanuel African Methodist Episcopal Church in Charleston, South Carolina, and the murder of George Floyd, among others. He plans to look at “the nation’s continuing racial reckoning, and how it’s all about living fearlessly. Living fearlessly is not about living without fear, it’s about living beyond fear,” Mitchell said. He will also touch on reconciliation through the story of Klansman Billy Roy Pitts, who many years later apologized to Vernon Dahmer’s wife for killing her husband.

After decades of working for The Clarion-Ledger, Mitchell left the paper to start the Mississippi Center for Investigative Reporting. He is the recipient of countless awards, including the prestigious MacArthur Fellowship. He was portrayed in the movie “Ghosts of Mississippi,” and numerous peers look upon him as a hero. 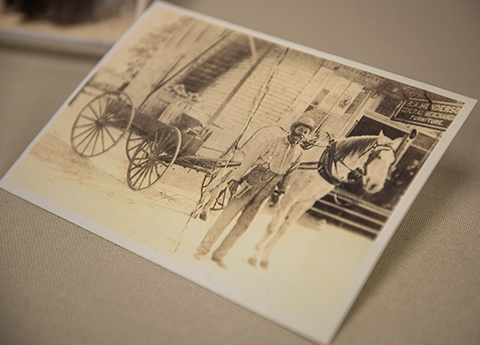 University Archives & Special Collections and the Lee County Black History Society collaborated on the exhibit “The Black Experience in Lee County,” which is on display weekdays through April 28 in room 332 of FGCU’s Bradshaw Library.