The FGCU women’s basketball team boasts a fleet of returning talent, a probable top pick in the WNBA draft, four strong transfer additions and even one former starter returning to the roster.

But Eagles coach Karl Smesko has an important reminder for those thinking that means his mid-major powerhouse is automatically destined for an extra special campaign in 2021-22: 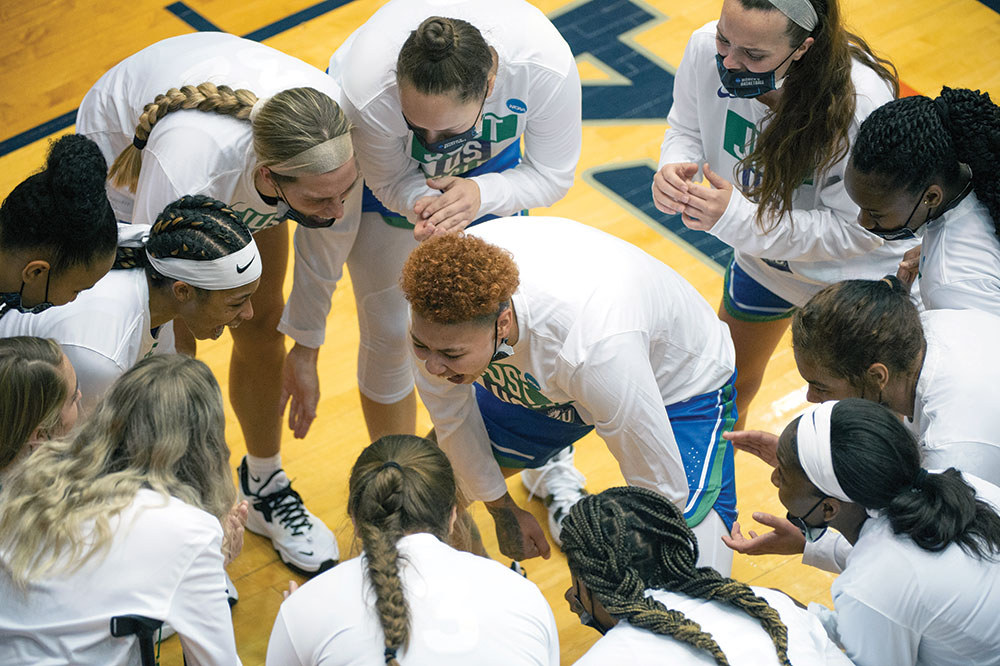 Given the competitive upheaval caused last season by the COVID-19 pandemic, the NCAA opted to grant student-athletes an extra year of eligibility and allow transfers to play immediately without having to sit out a customary season.

That means many – maybe even most – teams will be in similar boats as the FGCU women and men, who also are eyeing a return to their former glory with a seemingly strong squad as well.

“We do have a lot of talent and good players returning,” said Smesko, whose team went 26-3 last season, won its eighth ASUN Tournament title in 10 seasons and finished the year in the top 25 of both major polls for only the second time in program history.

“But the thing maybe people don’t realize is most teams do. The majority of players are taking advantage of the extra year. It’s not at all uncommon for teams to have all five starters back, plus whoever they recruited. I think the level of play is going to be really high across the country.”

Only a year removed from resoundingly overcoming the loss of 90.6 percent of their leading scorers from a season prior, the Eagles enter 2021-22 with the opposite script in place: so much experienced talent that managing the program’s always lofty expectations may be a top task.

The overwhelmingly veteran roster consists of six seniors and four graduate students with only two juniors, three sophomores and no freshmen.

“I think we got better for sure,” Smesko said of the transfer additions: Karli Seay from LSU, Kendall Spray from Clemson, Kaela Webb from Detroit Mercy and Milan Schimmel from Cincinnati.

“We have a lot of really good players who started and played major minutes at high levels. A lot of people are going to maybe have to sacrifice some of their individual scoring or individual playing time for the betterment of the team. The team is going to have to be the top priority.”

FGCU does face two new obstacles. The first is the addition of three schools to the ASUN: Central Arkansas, from the Southland Conference, and Eastern Kentucky and Jacksonville State from the Ohio Valley Conference. While none comes close to the FGCU women’s history of success, the newcomers – lured to the ASUN in part by the league’s efforts to secure a postseason-eligible FCS football league in the near future – increase the number of teams vying for just one automatic NCAA Tournament berth. The additions bring the league roster to 12 schools.

“I think it’ll definitely make the league more challenging,” Smesko said. “I think it’s going to be more difficult for anybody to try to get through this conference season without a few losses.”

The other change directly impacts FGCU’s calling card. Citing record highs last season in 3-point attempts and conversions, the NCAA moved back the perimeter arc this season to 22 feet, 1¾ inches. That matches the WNBA, international and men’s college 3-point lines, which also moved back from 20 feet, 9 inches, two seasons ago.Even with the added length, though, Smesko wants FGCU to shoot a better 3-point percentage than the 33-percent mark last year, when COVID limited practice time.

“We had a lot of new players and not a lot of practice,” he said.

For Bell, the team’s results may impact a big decision she’ll have after the season.

Following FGCU’s first-round NCAA Tournament loss in March to an under-seeded Michigan team, Bell craves a historic postseason run for FGCU as much as anyone.

Given projections that she could have been a top selection in the WNBA draft even after her FGCU debut last season, another year of significant team and individual success could be decisive.

Along with obvious on-court improvements, an emphasis on diet and conditioning also has been a big part of Bell’s regimen at FGCU – for the sake of herself and the team.

“This year I think we’ll be even better than we were last year,” she said. “I know I’m excited. I know the team is excited. We’ve been working hard.”

COVID impacted every school last season. But for programs like FGCU’s that pride themselves on doing things the right way and not cutting corners, strict adherences to health and safety protocols meant more frequent or more thorough shutdowns of team activities.

Given how well they played when having a little rhythm, the FGCU men came away from last season with chips on their shoulders – and keen confidence about this season.

As with the FGCU women, that’s also thanks to a strong returning nucleus and multiple key offseason additions. That includes “the most accomplished signee in program history.” “Had there been no COVID, we were on pace for one of the biggest turnarounds in the country,” said Eagles coach Michael Fly, whose team went 10-8 and lost in the second round of the ASUN Tournament last year after being under .500 in his first two seasons rebuilding the roster. 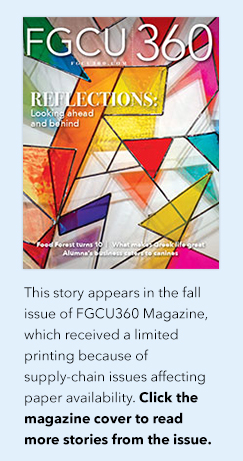 “We were really excited about our group last year, and we were really good when we were allowed to play basketball. This will be year two of having quite a bit of returning scoring punch and experience back.”

Andre Weir, a 6-10 freshman transfer from Richmond, joined FGCU too late in the spring to contribute last year, but adds size, touch and athleticism to a major offseason transfer class.

Graduate students Tavian Dunn- Martin from Duquesne and Matt Halvorsen from Western Carolina add significant playmaking and shooting skills, respectively, in the backcourt. And 6-8 junior Carlos Rosario from McNeese State and 6-6 senior Austin Richie from Tulsa are expected to contribute size, experience, efficiency, scoring and leadership in the frontcourt.

But the biggest offseason addition is 6-11, 255-pound, fifth-year senior Kevin Samuel. A four-star recruit ranked in the top 10 of all prep prospects out of Texas in 2017, Samuel started all 95 games in three seasons at TCU while leading the Big 12 in blocked shots the last two seasons. Originally from the Caribbean island of Barbuda, Samuel averaged 10 points and 8.4 rebounds a game as a sophomore and 8.8 points and 7.8 rebounds as a junior. But after going without an NCAA appearance in his career and not being projected as an NBA draft selection last season, Samuel picked FGCU over numerous major conference suitors to help him reach team and individual goals as a senior, Fly said.

“He saw what FGCU was able to do for Brandon (Goodwin), and what Brandon did for FGCU,” Fly said of the former Eagles guard, who starred at FGCU after transferring from UCF and has gone on to play in the NBA. “We’re excited about what he brings to the table.”

Given so much experience and ability, quickly blending newcomers with returnees will be a task. And because injuries and last season’s COVID pandemic also have hindered much of FGCU’s efforts in Fly’s tenure, the longtime former Eagles assistant makes no promises for this season. Still, after several years of frustration, FGCU may be poised to regain the program’s former luster.

“I think internally we’ve got a pretty big chip on our shoulders based on what happened last year,” Fly said. “I think we all feel pretty confident in what we can do.”

Former FGCU women’s soccer player Julia Roddar (2012-14) became the first-ever Eagle to medal at the Olympic Games as Sweden fell to Canada in a 3-2 penalty shootout to earn silver at the 2020 Tokyo Olympics at Nissan Stadium in Yokohama, Japan in July.

Sweden got on the board first scoring in the 34th minute and took a 1-0 lead into the half before Sweden equalized in the 67th minute via a penalty kick. Following extra time, Sweden held a 2-1 lead in penalties but missed its final three shots as Canada converted its final two for the win.

Roddar spent her freshman season at Wisconsin before joining FGCU in 2012. In her three-year stretch with the Eagles, she started in all 62 matches she appeared in, netting four goals with 10 assists. The Falun, Sweden native also helped her National Women’s Soccer League team, the Washington Spirit, win its first-ever championship in November.

Roddar became the ninth Eagle to compete in the Olympics and was one of two featured this year. Current FGCU swimmer Petra Halmai helped her Hungarian squad post a national record in the mixed 4×100 medley relay during the July games.