Graduates from Immokalee reach out to help their neighbors in need

Community and empowerment are words that pop up frequently when Maria Cardenas (’13, Social Work) discusses the Immokalee Grassroots Movement, the organization she founded with two other FGCU graduates.

Immokalee Grassroots Movement grew out of Cardenas’ concern that not enough was being done to provide residents with the knowledge and materials needed to fight the virus’ spread. In late March, she reached out to Sebastian and Plata for ideas on how to fill that void.

“We saw that our community was lacking resources, lacking prevention information and ways to keep our community safe,” she explained. 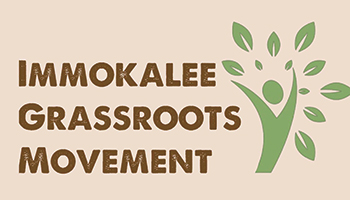 “We started with the farmworker bandana project because we knew that a lot of people in the field use them regularly, so it was something they’re comfortable with,” said Cardenas, who works as an immigrant rights advocate. “Because of that, we knew that they would be open to using a bandana as a way to prevent COVID.”

Lessons she learned at FGCU about “cultural competence” – the ability to understand, communicate and effectively interact with people across cultures – is reflected not just in the choice of what to provide recipients, but also in how the giveaway was conducted.

A bus stop where farmworkers are picked up and dropped off, going to and from the fields, was chosen for distribution site and the event was structured to ensure the recipients’ peace of mind.

“We know that a lot of times there can be barriers to wanting to reach out to receive services, whether it’s because someone’s undocumented or they’re afraid they’ll be asked questions they don’t want to answer or there are language issues,” Cardenas said.

The project’s success caused people to ask Cardenas for the organization’s name. That led the three Marias to put their heads together on devising a name.

“Because we are a community initiative, we wanted it to be something that was empowering and the name of Immokalee to be part of it,” she explained. “We view it as a movement because our community is rising up, so we wanted the word ‘movement’ in there.”

Next up were two food giveaways in May to help offset a food insecurity problem, made worse by the pandemic, Cardenas said. The women again relied upon the Immokalee community for food donations. The response exceeded expectations. They’d initially hoped to feed about 13 families but were able to feed about 50 instead.

Before deciding on the distributions, they surveyed residents to determine their most pressing unmet needs. Food was the leading response. Cardenas said they used what they’d learned about conducting surveys in classes they had taken with Associate Professor Thomas Felke, chair of FGCU’s Department of Social Work.

Organizing a sewing group to make cloth, anti-COVID masks is on the Immokalee Grassroots Movement’s to-do list, as is educating residents on the importance of registering to vote and casting their ballot.

Felke knows Cardenas and Sebastian well from their time as students and from his extensive work in Immokalee on food insecurity, affordable housing and other issues. 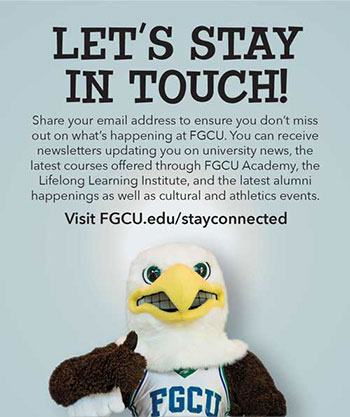 “I think what you see in both of them is their passion to advocate for their hometown,” he said. “I think that is the greatest part of what they’re doing. They are people who were raised in Immokalee and went on to get degrees. In doing so, they never wavered from the fact that the reason they were doing it was because they wanted to go back home and help. I think that’s the thing that they deserve a ton of credit for.”

Cardenas said fulfilling such a vital role in her hometown is both humbling and empowering.

“We are creating that change, showing that we too can help one another,” she said of the Immokalee Grassroots Movement. “It doesn’t come very hard for me. It comes naturally. It’s instinctive – we help our community.”

For more information, visit the group on Facebook at Immokalee Grassroots Movement.