Astroscientist follows the light in search for life on other planets

Astroscientist Derek Buzasi’s mission in life…is to see the light, even if he has to hunt through the night sky using land-based and orbiting telescopes and technologies to do so.

After all, light is the messenger that may one day enable this groundbreaking asteroseismologist and his FGCU team to discover life on other planets – and perhaps identify a planetary refuge should ours become uninhabitable. 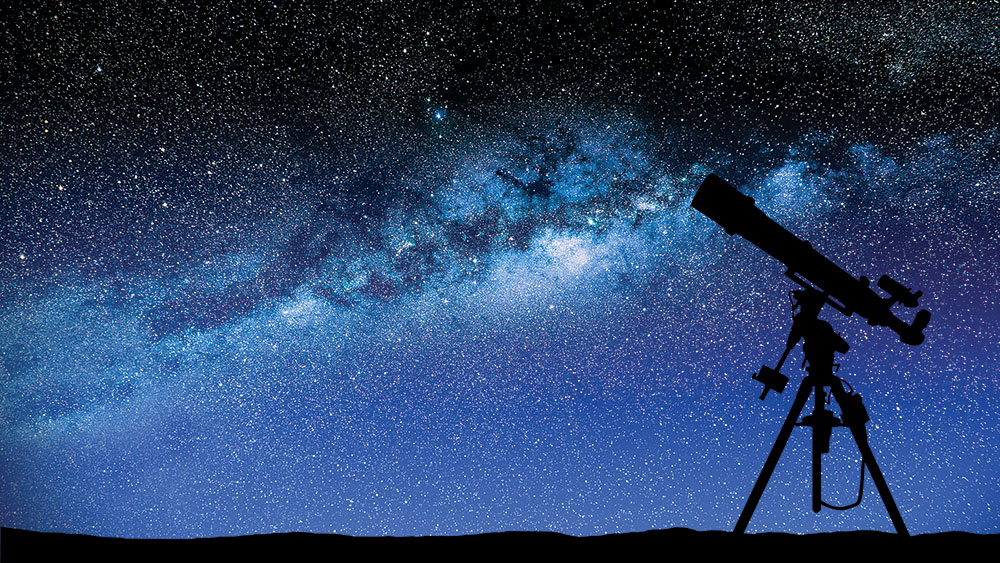 What the heck is asteroseismology? The fun-loving Buzasi, a Whitaker Eminent Scholar, participated in the late 20th-century breakthrough that uses multiwavelength technology of light’s many sources (x-ray, gamma ray, infrared, etc.) to learn about the interior structure of stars by studying their light-rippling oscillations. For stars, asteroseismology helps tell us their age and how long their galaxies may be around, while for planets, it may spot so-called “rocky” globes that could support life as we know it.

“Think of oscillations as soundwaves,” he suggests. “It’s as if you were listening to a bell with instruments and trying to use that information, working backwards, to figure out how the bell is made. That’s really what we are doing.”

While scientists began using asteroseismology in the 1960s to study our own Sun from the Earth, Buzasi kicked it into space in 1999 when he convinced NASA to let his scientific team help salvage its aborted Wide-field Infrared Explorer (WIRE) satellite mission to study stars and planets in starburst galaxies. To Buzasi, then a research physicist with the Space Sciences Laboratory at the University of California, Berkeley, the tiny two-inch telescope installed on WIRE for navigational purposes presented an unprecedented opportunity to explore the oscillations of a virtually uncharted universe of stars without having to squint through Earth’s atmosphere.

Since WIRE was still in orbit, NASA agreed to let Buzasi harvest all the oscillations he could from its $73 million satellite, having aborted its original mission shortly after takeoff due to premature ejection of the spacecraft’s aperture cover. WIRE eventually reentered the Earth’s atmosphere on May 10, 2011, 18 months after the follow-up WISE satellite was placed into orbit. Buzasi and team would harvest galaxies of starlight data from both.

“I was really lucky to be in the right place at the right time. I had a good idea and I was able to make people listen to me enough to let us try it. All of those pieces have to fit together,” Buzasi explains. “It was something that no one at that point was going to pay to do, but since we already had the spacecraft up there that could be converted to that purpose, we were really in the right place.”

Once NASA saw space through his eyes, Buzasi was given the green light as asteroseismology pioneer for future missions. His ever-growing CV includes detector scientist for the Cosmic Origins Spectrograph aboard the Hubble Space Telescope, principal investigator for the ongoing WIRE mission and science team member for NASA’s planet-finding Kepler mission. The 26 WIRE stars that his team studied between 1999 and 2006 are now the focus of his new project with NASA’s Transiting Exoplanet Survey Satellite (TESS), which launched in April 2019. Buzasi and his FGCU team are already busy analyzing the data TESS began delivering late last year.

How did a clear-eyed guy like Buzasi get the stars in his eyes?

“I became interested in astronomy when I was pretty little,” he admits. “My third-grade teacher’s husband was the eighth-grade science teacher and he brought in a telescope and set it up one evening at school, and I was sold and never really gave it up. I did a lot of reading on my own and that got me into it even more. So when I went to graduate school in astronomy (he earned his Ph.D. in astronomy at Penn State), my advisor took me out to Arizona to observe and be on the telescope, and that was pretty magical and really sold the deal for me.”

Buzasi also met and married his wife, Heather Preston, after stargazing with his fellow astronomer in grad school at the National Observatory. Preston now serves as planetarium director at Calusa Nature Center and Planetarium in Fort Myers. They have one son, Grant, a political science major. In his spare time, Buzasi is finishing up his duty in the Navy Reserve, where he serves as engineering duty officer with the rank of commander.

Intrigued by space, was he ever tempted to become an astronaut? “Oh, I applied long ago to be an astronaut,” Buzasi says. “If I had the opportunity, I would go. I was interested, but I’m happy studying space; I don’t have to necessarily go there (laughs).”

As things turned out, the several NASA launches he has attended have proven most fulfilling. “My office mate when I was a post-doc(toral), Ed Lu, became an astronaut, so I actually came to his first launch (1997),” he says. “Every launch is amazing and sort of magical in its own way, and even more so when there’s someone aboard who you know going up or some instrument or payload that really means something to you. When Kepler and TESS went up, those were personally meaningful to me.”

Buzasi’s own space journey really took off when NASA accepted his plan B for WIRE and allowed him to focus on asteroseismology, its systematic observation of how stars age and what those effects can be on the planets that orbit them.

Once NASA saw space through his eyes, Buzasi was given the green light as asteroseismology pioneer for future missions.

“The first funded expeditions for a spacecraft to do stuff like this was really focused on looking at planets instead of stars,” he says. “WIRE really was a pathfinder. The missions that came after all used the WIRE experience we had to learn how to do, and we all shared data. We speculated that we’d see oscillations in these stars and what maybe we could do with that, but nobody had really done it at that point.”

What was it like to be the first human to receive that mini-telescope’s stellar imagery? “(Laughs) It was pretty exciting, because you were seeing something that no one else had seen, and you can’t see it from Earth,” he recalls. “It wasn’t as easy as that, because it needed a lot of processing, but still, even the raw data before we learned how to handle all the systematics was better than anything we could do from the ground at that time.”

In September 2019, the National Science Foundation awarded a $400,000 grant to an Embry-Riddle Aeronautical University project headed by Buzasi and Embry-Riddle professors Tomomi Otani and Terry Oswalt to study Kepler and TESS data on 3,400 “star pairs” (stars that orbit each other). The project team will use asteroseismology to explore which stars are most likely to host habitable planets and how age affects their rotation.

While the newest stargazing technology has determined that star life lasts roughly 10 billion years and our middle-aged Sun may be 4.6 billion years young, solar age can factor heavily into both climate change and the likelihood of life on other planets. In short, no sun, no fun.

“It’s wanting to know about the universe we live in and how it got to be the way it is. All of the things we do are sort of aimed at that,” Buzasi explains. “Understanding stars is one aspect of that and that’s the aspect I work on, but there are others as well; there are people who do cosmology and other kinds of things who look at the universe on different scales. Most of the work that I do is aimed at understanding more locally, so we look at the history of the Milky Way.”

Like people, stars slow down as they age. What would happen if our Sun’s rotation slowed by half? Buzasi says that while our middle-aged Sun isn’t likely to come to a full stop, learning more about it is a top priority to address climate change.

“What fundamentally drives our climate is the Sun. What we do to affect the earth’s atmosphere and magnetic fields all have an effect, but what ultimately drives whether the earth is habitable or not is the Sun. If the sun starts flaring like crazy all the time, that’s going to have a significant bad impact on habitability. So when we want to understand the sun – how it might evolve with time, how it might change and how it behaved in the past to make the atmosphere of the earth the way that it is now – that’s the role to which TESS and Kepler and those sorts of missions are relevant.”

The good news is, Buzasi’s breakthrough with NASA will soon fill the astronomer’s plate: where WIRE provided telescopic access from space to observe over 100 stars, the second Kepler mission will unveil up to 1,000 and TESS will provide a bumper crop of 20 million. Studying stars via asteroseismology will continue to reveal mankind’s options should the Earth one day prove inhabitable.

“How do you make planets? Where do you make planets? Eventually, we want to find potentially habitable planets because we’re interested in finding life now,” Buzasi sums up. “Knowing whether we’re alone or not has been a question for thousands of years and to know where to look, you need to understand not just planets but the stars that they orbit, where planets like ours are likely to form.”