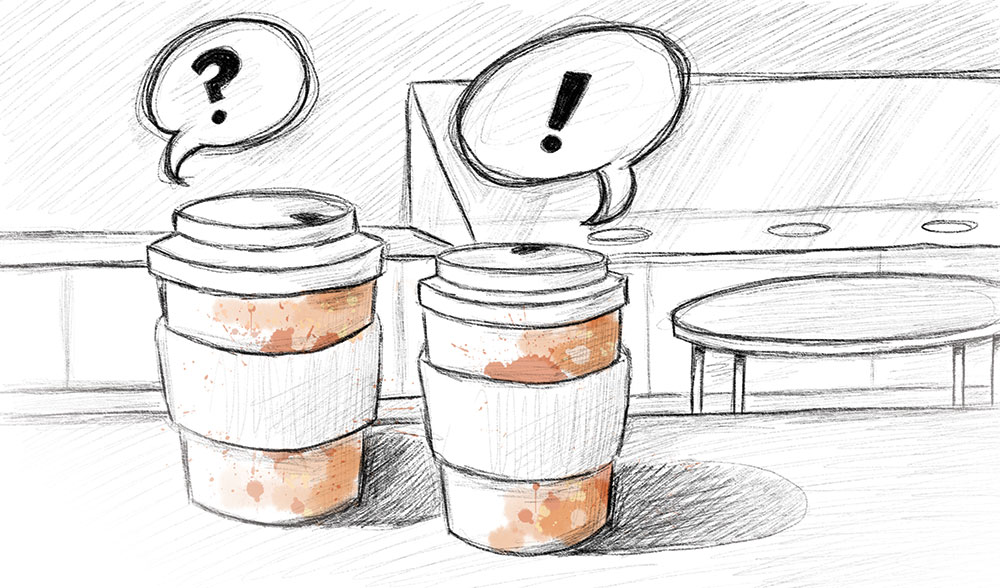 With more than 200 Registered Student Organizations at FGCU, there’s a club for almost everyone.

While many are service and community oriented, it could be argued that one RSO at FGCU – Coffee and Controversy – perhaps serves a greater good as well, given today’s turbulent political climate. The group holds public meetings every other week to create an environment for students to offer their perspectives on controversial topics of the day, but has no political affiliations. The atmosphere is non-judgmental and respectful. Discussion is organized, open and promotes critical thinking.

In other words, this could be the safest of safe spaces on campus. And judging from the endorsement of two of its members, Coffee and Controversy is a place where some of FGCU’s brightest students unleash their intellect, talent for debate and personal research to let engaging discourse fly freely.

Jessica Augustin got involved a few years ago when she saw a notice on campus about a free-speech discussion inspired by the polarizing views people have over former NFL quarterback Colin Kaepernick taking a knee on the field during the national anthem.

“What I initially liked, and still like, about the club is that everyone can share their thoughts about different topics with other students they may not normally associate with,” said Augustin, a senior economics major from West Palm Beach who served as club president in 2018-19. “I’ve been able to discuss controversial issues with students whose political, racial and religious backgrounds differ from mine. This club has changed my views on certain issues that I now see from a different perspective. I’m now a lot more open in hearing the other side of issues. Although I might not completely understand a certain viewpoint, I’m definitely more open to hearing it and understanding why a person has that viewpoint.” 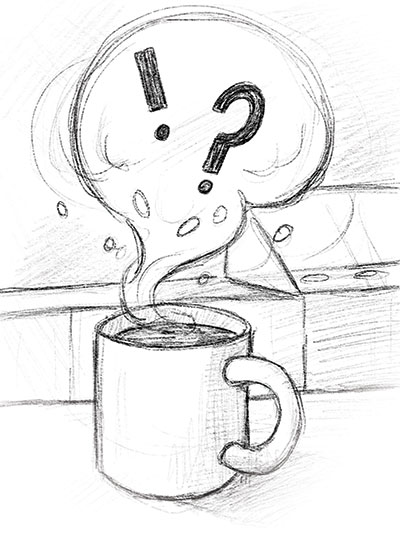 Griffin Oppenheimer, a junior nursing student from Venice, was attracted to the meetings every other Wednesday evening in a Merwin Hall classroom after belonging to a similar club in high school. Oppenheimer looked for a similar group at FGCU and quickly found Coffee and Controversy.

“FGCU is a campus with a large diversity of ideas. That being said, people generally like to surround themselves with like-minded people and not actually debate and defend their viewpoints,” said Oppenheimer. “Too much do I see emotionally charged rhetoric thrown around defending the left, the right, and anything in between, lambasting the opposing sides without defending why their opinion should be the commonly held one.”

Augustin said the club usually attracts 15 to 30 students at a session depending on the topic, which is decided by majority vote. And as Oppenheimer points out, this isn’t a place for know-it-alls and show-offs. “It can serve as a resource for undecided people who want to know more about an issue,” he said. “Members can bring up topics they are passionate about, or would like to know more about. The point is to share perspectives on opinions and reasoning for them – not to be lectured by professionals or guest speakers. Everyone gets an equal voice as long as they remain respectful and orderly.”

Augustin loves the variety of topics introduced. “We’re willing to discuss anything and everything, whether it’s abortion, free speech, gun laws, feminism, white privilege, capitalism vs. socialism … we’ve probably discussed it,” she said. 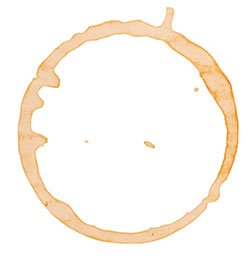 Oppenheimer adds that the club covers “both mainstream issues as well as more niche discussion points that may go unnoticed by the mainstream media. One week we may be covering an issue about race, religion or political standpoints on issues such as, ‘Is reverse racism real?’ or discussions surrounding military intervention, healthcare, taxation or social policies. Another week we may talk about a less broad topic, such as controversy over the Oscars or lesser-known groups such as incels (involuntary celibates) or TERFs (trans-exclusionary radical feminists).”

But perhaps the best thing about Coffee and Controversy is that the club has no political ties. “Although all the officers in the club hold our own personal political affiliations, we try our best to make sure the club itself isn’t promoting a specific agenda,” Augustin said. “We just want to be the space to facilitate the discussion.”

Check out Coffee and Controversy at fgcu.campuslabs.com.