Side hustles are front and center

Brenda owns a company. She consults as a trainer in the corporate world. She’s talented. She has a master’s degree, a briefcase full of ideas and the kind of personality that captivates academic scholars and CEOs alike. But when business is slow, she pays the bills by conducting survey research. Working in a call center is her “side hustle.”

Sherm has been a journalist for decades. He’s won awards as a reporter and now he’s an editor, coordinating the work of a team of freelance writers at a newspaper. But his wife’s poor health and an unexpected increase in his son’s tuition hit the family budget like a Major League fastball hits a glove. 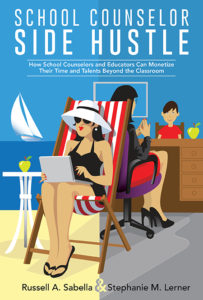 So Sherm dusted off his master’s degree and sought a job as an adjunct instructor at a nearby university.

Teaching is his side hustle.

In 2016, 46 percent of Florida’s families could not afford basic needs such as housing, child care, food, transportation, healthcare, and technology, according to research conducted as part of the United Way ALICE Project.

ALICE (Asset Limited, Income Constrained, Employed) describes many Floridians who like to think of themselves as middle class. The middle class is not shrinking, but it is changing. According to a September 2018 Pew Research Center report, “while the size of the nation’s middle class remained relatively stable, financial gains for middle-income Americans during this period were modest compared with those of higher-income households, causing the income disparity between the groups to grow.”

Academia is not immune. While faculty and staff at secondary schools are trained to teach and counsel children who come from low-income households, many believe educators also have been left behind, financially.

Almost 20 percent of public school teachers have second jobs during the school year, according to the 2015-16 National Teacher and Principal Survey, conducted by the U.S. Department of Education. Among teachers with second jobs, half are working in a field outside of education, while 5 percent of teachers are taking on a second teaching or tutoring job outside of their school districts, according to Education Week, which reported on the DOE survey in June 2018.

Russell A. Sabella, a professor in the Department of Counseling in the Marieb College of Health & Human Services at Florida Gulf Coast University, says he pays attention to “the intersection of what school counselors and other educators need, what problems are they trying to solve.”

Income shortfall is top of mind among secondary school educators. Many are “doing side hustles, having second and third jobs in order to make ends meet,” Sabella said. His latest book, co-authored with Stephanie Lerner, is “School Counselor Side Hustle: How School Counselors and Educators Can Monetize their Time and Talents Beyond the Classroom.”

Sabella, 53, said he and Lerner kept the focus of the book on school counselors but they realized quickly that “everything we were writing really does apply to all educators.”

Not to mention business owners and journalists.

Every profession, Sabella said, has knowledge, skills and attitudes that are valuable, and “there is someone else who will value those things. If educators, especially school counselors, were going to look for ways to make extra income, rather than bartending or Ubering – which are all great jobs – what if they were able to do more of what they love, really use their knowledge and skills – which are unique – to help people and provide tools and resources for others, and monetize that.”

To learn more about this book, go to Amazon.com.