As the Zika virus outbreak of 2016 in the Americas was winding down, and the medical community started breathing a little easier, a team of researchers, led by two Florida Gulf Coast University biology professors, made a discovery: An unreported Zika outbreak was going strong in Cuba.

A paper on the Cuban outbreak by FGCU’s Sharon Isern and Scott Michael and 39 other researchers is the cover story of the current issue of the journal Cell. Isern also created the cover art and graphics for the magazine.

“We initiated the collaboration,” Isern said. “It’s an ongoing collaboration; we’d been tracking Zika virus in Florida since the outbreak in the Americas. We wanted to know if the Zika epidemic in the Americas was over. What we found was a hidden outbreak that outlasted the main epidemic by a year. We noticed a continuing number of Zika-positive travelers returning to Florida after visiting the Caribbean. Based on travel destinations, we traced these late cases to Cuba. We estimated that this was a large outbreak with several thousand local cases.”

Although people infected with the virus usually have mild symptoms, including fever, rash, headache and joint pain, a Zika infection during pregnancy can cause microcephaly (when a baby’s head is much smaller than normal) in a newborn and other severe fetal brain defects.

A virus transmitted mainly by Aedes aegypti mosquitoes but that can also be spread sexually, Zika was first detected in May 2015 in Brazil, though the outbreak probably started 1½ years earlier. By 2017, it had spread to 48 countries, with numbers of cases peaking in late 2016.

To determine where people were being infected, the team used two approaches:

“Zika is a reportable disease, so all cases are reported,” Michael said. “Samples were sent to the Florida Department of Health for testing, so we had access to what I guess was a large majority of the cases that were reported.” 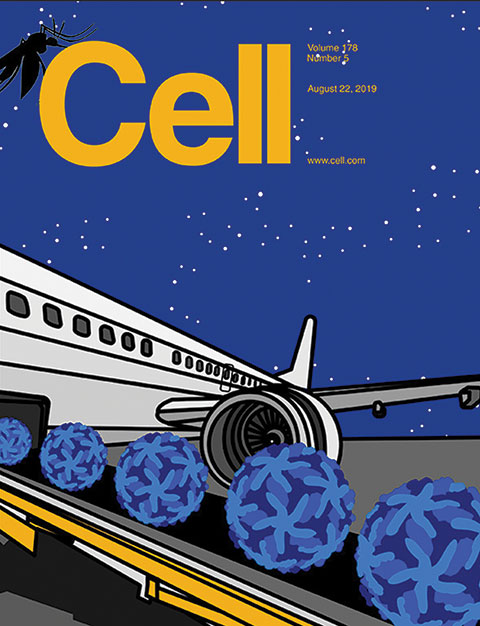 Obviously, tracking millions of travelers and sequencing thousands of samples was a colossal task.

“Hence, the number of authors,” Michael said. “It wasn’t the sort of thing you do with one scientist in a lab coat. This was a major outbreak. It claimed the attention of world news, so it was pretty exciting to be doing this work.”

In all, the team consisted of researchers from 24 universities, organizations or agencies, including the Florida Department of Health, The Scripps Research Institute, and Yale School of Public Health, from seven states and four foreign countries (Canada, England, Belgium and Australia).

Ultimately, the team estimated that there were 5,707 unreported Zika cases in Cuba during the outbreak, but that number is part of a wide-ranging scale.

“We’re doing back-calculations on what the outbreak was like in Cuba,” Michael said. “There are a lot of variables. The uncertainty is large. There were thousands of cases. Our guess is between 1,000 and 10,000, so we give an average number of 5,707.”

In addition, travel surveillance showed that 98.7 percent of the documented Zika-infected travelers from the Caribbean came from Cuba (90 of 91 cases in Florida, 63 of 64 cases in Europe).

Of the 4 million air travelers from Cuba between June 2017 and December 2017, three states (Florida, New York and California) and 15 countries received more than 20,000, with more than 100,000 arriving in Florida, Mexico, Canada and Spain.

Based on how environmentally attractive the areas that received more than 20,000 visitors from Cuba are to Aedes aegypti, the team determined that mosquitoes in Florida, Mexico, Venezuela and Colombia were the most likely to become Zika vectors.

“During the main outbreak, Zika virus strains became established in local mosquito populations in all of those locations,” Isern said. “The delayed outbreak in Cuba had the potential to reignite outbreaks in these locations, although it apparently did not do so.”

One question remains: Why did the Cuban Zika outbreak lag a year behind the other Caribbean outbreaks? The answer might be Cuba’s aggressive mosquito-control program.

“If mosquito control delayed the outbreak, it was not able to contain it completely,” Michael said. “If not for mosquito control, it would have spread like everywhere else in the Caribbean.”

Methods developed in this study will be valuable in future mosquito-borne outbreaks because lack of access to reliable case reporting during rapidly evolving outbreaks can limit response efforts, and unrecognized outbreaks can silently spread viruses to other parts of the world.

“In our study, we detected a delayed and overlooked outbreak by combining travel surveillance and sequence analyses of Zika virus genomes from infected travelers,” Isern said. “This approach could be used to track other future outbreaks in the absence of local case reporting. Our study highlights the need for close ties between public health organizations and academic laboratories when addressing a public health crisis.”