Strike a pose at FGCU at 20 Photo Spots

Photo fans, FGCU is ready for its close-ups.

If you want to know some of the best spots to take photos on campus — whether the shots are selfies in front of scenery or simply the best picturesque views — the 20th Anniversary Committee can point you in the right direction. Mounted around campus are new designated FGCU at 20 Photo Spot signs commissioned by the committee as part of FGCU’s 20th Anniversary Celebration in 2017. The signs have been placed just in time for Alumni Weekend. 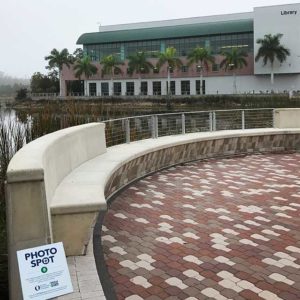 The spots were picked by someone who knows better than most where to find a great shot at FGCU — James Greco, graphic designer and marketing specialist, who not only photographs many of the people, places and things around campus, but has been a leader in establishing the university’s visual social-media presence through Instagram.

“It’s a combination of my own experiences and seeing the photos that students post on Instagram and other social media … their favorite places to take pictures,” Greco said.

Each sign contains brief information about the view it promotes to provide some historical background about the site.

You’ll find the FGCU at 20 Photo Spot signs posted at locations such as the back patio of the Margaret S. Sugden Welcome Center; Alico Arena; the area overlooking the beach and Lake Como behind North Lake Village; Lutgert Hall; the view of the Cohen Center from the Library lawn; the Veterans Pavilion; the Library overlook; the boardwalks outside Merwin and Whitaker halls; and the first floor of the library, where The FGCU Effect mural, a student-led art project, is displayed. 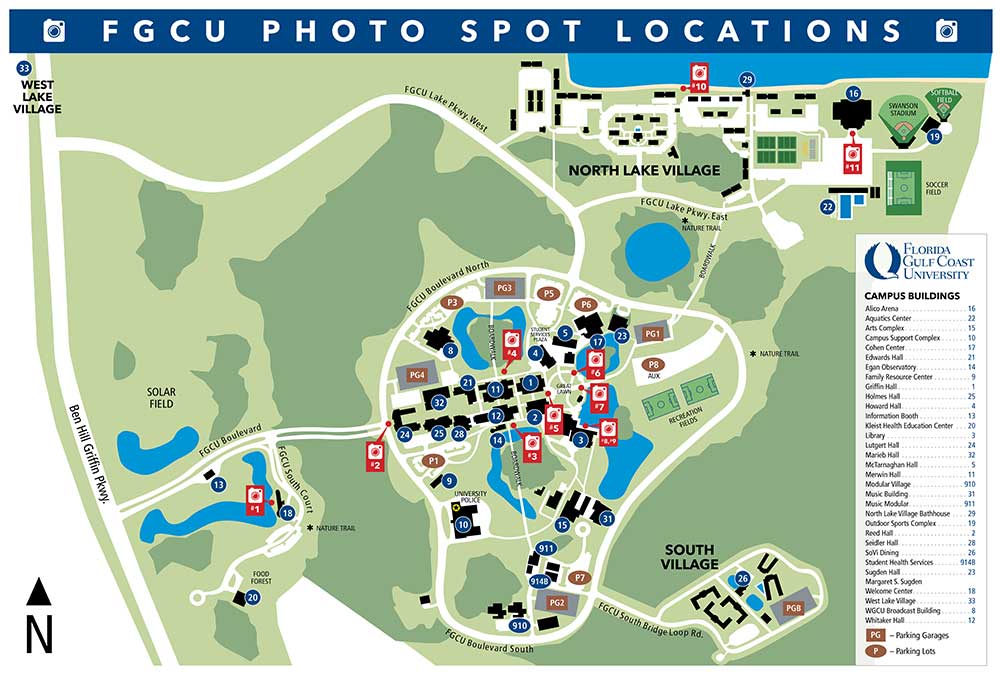