Florida Gulf Coast University will host Juneteenth events this week aimed at celebrating Black Americans gaining freedom from slavery as well as illuminating their historic and current struggles against racism and inequality.

The university’s Multicultural & Leadership Development (MLD) Center will conduct a panel discussion from 1 to 2:30 p.m. June 17 in the Cohen Student Union ballroom with remote participation via Zoom. You can RSVP online to receive the link. Panelists will discuss the meaning of the Juneteenth holiday, personal perspectives on Black life and injustice in America and advocating for the Black community.

A Juneteenth Cookout also will be held from 3 to 5 p.m. June 18 on the South Village lawn featuring music, food, storytelling and poetry.

“It’s an opportunity and a space to celebrate safely,” says Sherrelle Findley, MLD director and assistant dean of students. “Traditionally, a lot of Juneteenth celebrations happen in churches or at cookouts. Cookouts are a staple in the Black community, coming together over a meal and having fun.”

Calls for Juneteenth to become a national holiday have grown stronger in recent years. They were answered when the U.S. Senate unanimously passed a bill June 15 to establish the day as a federal holiday, and the House passed the bill 415-14 the following day. President Joe Biden approved the bill on June 17.

With the events of the past couple of years building up momentum behind civil rights activism across the country, Juneteenth has taken on a higher profile than in the recent past, Findley says. The holiday commemorates June 19, 1865, the day that Gen. Gordon Granger and Union troops landed at Galveston, Texas with news that the Civil War had ended and that all slaves were free — more than two years after President Abraham Lincoln issued the Emancipation Proclamation.

“I think Juneteenth has become more at the forefront,” Findley says. “It’s sort of the Black community reminding people that, yes, the U.S. observes July 4 as its Independence Day, but there were still Black Americas enslaved for 2 ½ years after slavery was abolished. Juneteenth is a day we observe as important because our ancestors weren’t free until then.”

The holiday — also known as Emancipation Day, Black Independence Day or Jubilee Day — has been celebrated in 47 states and the District of Columbia. The move to designate it a national holiday does not represent an effort to replace the Fourth of July celebration, she adds. 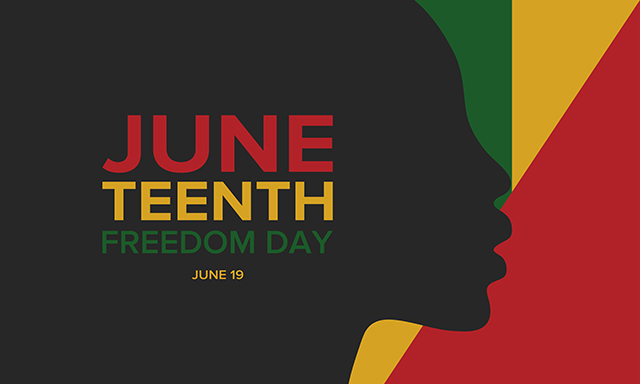 “It’s about not forgetting the work that Black Americans have put into America to make it what it is today,” Findley says. “It’s not about negating anyone or Independence Day.”

In fact, Juneteenth is the oldest but not the only holiday celebrating emancipation, she points out. Many Floridians mark May 20 as Emancipation Day because that was the date in 1865 that Union General Edward M. McCook formally announced Lincoln’s Emancipation Proclamation from the steps of Knott House in Tallahassee, effectively ending slavery in the state, according to the State Library and Archives of Florida website.

“Neither the end of the war nor the end of slavery was absolutely confirmed until Union troops arrived in each locality to receive the surrender of their Confederate counterparts,” according to the website. “This process happened in stages, with areas farther west learning the news weeks after the folks closer to the east coast. Many telegraph lines had been destroyed during the conflict, and news about the war was often either incorrect or contradictory.”

Did you know that? If not, it’s a good reminder to that Juneteenth represents a time to reflect on history as well as learn what you can do to help shape a better future.

“We all have room to grow and learn,” says Findley, who succeeded Christopher Blakely as MLD’s director in April after working in Housing & Residence Life at FGCU for five years. She’s always been active with MLD and credits Blakely, who’s now assistant vice president/dean of students, with leading the drive to recognize more marginalized and underrepresented populations on campus. Most recently, celebrations were held in May for Haitian Flag Day and Asian Pacific American Heritage Month.

The MLD center exists to educate, challenge and support students in leadership development and appreciating diversity through high-impact programs and initiatives that address intellectual growth, personal leadership styles, understanding of self, effective communication, community building, exploring social identities, multicultural competencies, career readiness and inclusive excellence. The programs create a progressive path for new or “emerging” leaders, “engaged” leaders with some experience and “enlightened” leaders with a higher degree of involvement. A new initiative coming in fall, the Junior-Senior Institute, will prepare upperclassmen to apply what they’ve learned along the way to real-word situations they will face after graduation.

“Our biggest thing in MLD right now is moving toward a co-curricular approach,” Findley says. “All programs and initiatives start with learning goals at the forefront. This allows us to map and sequence learning so students know where to start and where they can go. Our programs scaffold each other, so there are more heightened experiences, tougher conversations, as students develop.”