COVID-19 rocked the world, and the ensuing developments shifted FGCU’s athletics program into a period of unprecedented logistical mayhem.

When the ASUN Conference announced last August that the fall sports schedule was postponed and would resume in the spring, FGCU’s volleyball and men’s and women’s cross country and soccer programs went into practice-only mode. And the ASUN Presidents’ Council decided that the sports that normally play in the fall but have their championship season in the spring (men’s and women’s tennis and golf ) would have no fall intercollegiate competition.

Throw in the winter sports (men’s and women’s basketball) and the normal spring sports (baseball, softball, beach volleyball, swimming and diving), and there was a dizzying time when 15 teams were all playing at once.

On Saturday, Feb. 20, the craziness truly crystallized for Director of Athletics Ken Kavanagh. 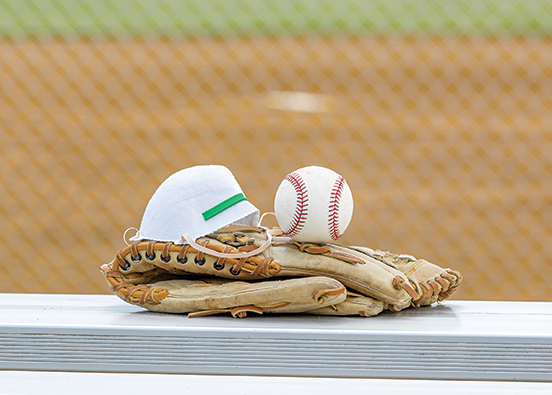 “I was in my office and our volleyball match with Stetson started at noon, so I watched it on ESPN Plus,” he says. “Thankfully, we won it in one hour and fifteen minutes. Women’s basketball at Jacksonville on ESPN Plus started at 1, so I turned over to that. Baseball was up in Tampa for a doubleheader against USF, and I was watching that. Out my window, I could see softball going on with Northern Illinois, and I was checking live stats. Just trying to juggle all of it as a fan.”

Has Kavanagh, who is in his 12th year at FGCU after 13 years at Bradley University, ever experienced anything like this?

“Nobody has,” he says. “Hopefully nobody ever will again. This will be something we can learn from – how to be efficient, in some ways as we’ve seen across the landscape in a lot of places, with more people working remotely.

“Logistically for our staff, our student-athletes and coaches had to understand that we only have so many people, and we just have to do the best we can. And the bottom line is we have to do it safely.”

That meant that volleyball coach Matt Botsford had to be sidelined for two weeks – missing two matches and forcing Kate Morrell to serve as interim head coach – due to COVID-19 protocol. John Sinnett, associate athletics director for athletic communication, says that in his 20 years with college athletics programs, he can recall no more than three times that a coach missed one game during a season.

And never multiple games. Everyone has had to work harder and smarter. Some low-risk teams like swimming may only have to test once a week, but the others are testing multiple times. The trainers have to do that, then hand over specimens to a Miami lab, which picks them up each day, takes them to Miami and turns around the results within 48 hours.

Scheduling has been an intricate chess game. While virtually every team’s schedule has been truncated – for example, the men’s soccer team is playing eight games instead of 17 – the specter of 15 sports at one time has upped the ante considerably for the facilities and operations staff.

By reducing the number of games, scheduling closer to home and traveling by bus instead of plane, and scheduling many games as one-site doubleheaders, FGCU has trimmed $2 million from its normal $13 million budget.

Through it all, some of FGCU’s teams have risen to inspiring moments:

“This is all about safely getting kids to play the sports they love,” Kavanagh says. “We hope we will see the postseason. Nothing was more heartbreaking than to hear how much kids lost last spring.

“I remember I was going down to tell baseball that its season was over. They had already heard by the time I got down on the field. There were many tears in the eyes of players and coaches. What they wanted to do was gone. It’s not just the game. It’s the relationships. Some of the kids didn’t come back. They just couldn’t afford it. They had graduated and were on little or no scholarship. Even if they were on a half-scholarship, who’s coming up with the other half?

“What we experienced is certainly secondary to the loss of life and people still battling potentially long-term consequences of COVID-19. But from what we do, it is enjoyable to see kids out there competing and having opportunities they didn’t have a year ago.”