David I.J. Wang, once a top executive for the world’s largest paper and pulp producer, never forgot his roots as a Chinese immigrant.

That’s why when he retired, he became passionate about helping underserved populations, a philanthropic mission he fulfilled, in part, by funding Florida Gulf Coast University scholarships for first generation students from Immokalee. He also supported the FGCU Food Pantry from its inception.

Wang, a former vice president and director at International Paper Co. who later became senior partner in Atlas Holdings private equity investment firm, died Feb. 28 in his Naples home at age 87. He is survived by his wife and partner in philanthropy, Cecile Liston Wang.

Besides their previous support for FGCU scholarships, the Wangs pledged $1.5 million in deferred gifts – $1 million in David’s name and $500,000 in Cecile’s. Cecile chose FGCU’s Bower School of Music & the Arts as the permanent home of David’s extensive music library. The David Wang Music Collection was donated to the Bower School of Music’s Ensemble Library in September.

Born in Beijing, China, David Wang emigrated with his family after World War II and earned degrees in engineering from George Washington University and Georgia Tech. Besides his business achievements, he served as a trustee of the Robert F. Kennedy Center for Justice & Human Rights and the Southern Poverty Law Center.

That laid groundwork for the Wangs’ establishment of scholarship funds at FGCU as an extension of their commitment to the Coalition of Immokalee Workers, an organization devoted to improving wages and working conditions for farmworkers while combating human trafficking and gender based violence in the workplace. 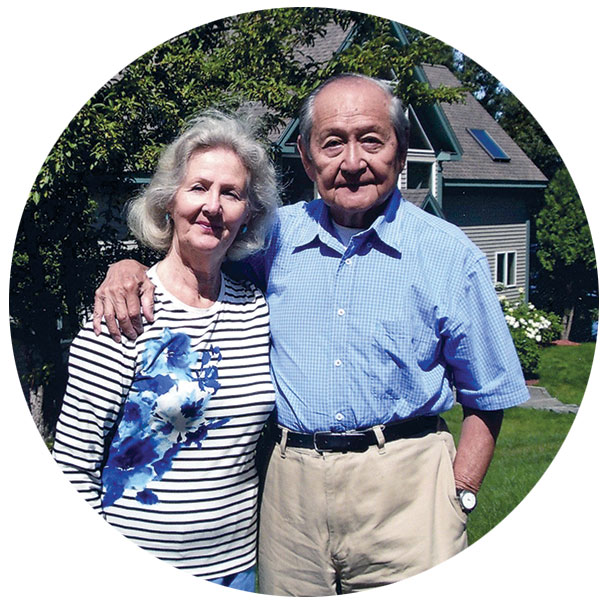 At FGCU, the Wangs gifted more than $200,000 to create the Cecile Liston Wang Endowed Scholarship Fund in 1999. In 2012, they donated $500,000 to create The Immokalee Fund for first-generation students.

“I decided a couple years back that instead of parceling out philanthropy in small slices, I would focus on some potential bigimpact projects, one of which is the establishment of The Immokalee Fund,” Wang said in an interview with FGCU360 in 2016, after he spontaneously donated $50,000 at FGCU’s President’s Gala.

The Wangs became more closely tied to FGCU when they developed a friendship with former FGCU President Wilson G. Bradshaw and his wife, Jo Anna.

“It was a very special honor for Jo Anna and me to know David and Cecile,” said Bradshaw, who served as president from 2007 to 2017. “We will always remember the gleam in his and Cecile’s eyes at the annual FGCU Foundation Scholarship Luncheon, where they relished the opportunity to sit and converse with students who benefitted from their scholarships.”

The Wangs’ scholarships have helped fund higher-education dreams for more than 160 students and counting. “Every year the university sends me a packet about the recipients, and in it are letters from the applicants about their vision of his or her role in society,” Wang said in 2016. “What impresses me most about these notes written by the students themselves is that they put heavy focus on public service.”

It’s a value by which he lived his life. “Be successful in business,” he said, “but don’t turn your back on your societal obligations.”

David Wang never did. “The impact on the lives touched by David and Cecile will be felt for generations to come,” Bradshaw said. “May he rest in the peace he deserves.”