Thanks to the determined efforts of administrators, faculty, staff and students, annual spring honors such as the Celebration of Excellence, FGCU Hall of Fame and the Excellence in Civic Engagement Awards continued to shine a spotlight on the outstanding Eagles of 2019-20. In place of the usual hearty handshakes and group photo opps, creative videography and web technology helped convey appreciation for a job well done.

With the Celebration of Excellence awards featured online, there’s even an element of suspense to watching nominators describe the winner’s achievements before their names are announced in the big reveal.

“We have found a way to unveil this project while keeping its mystique and adding a new twist to our tradition,” Provost and Vice President for Academic Affairs James L. Llorens wrote in an email launching the Celebration of Excellence. “With the help of University Marketing & Communications, we have created a website featuring each award category. We requested videos from each winner’s nominator and dressed them up to give you an award-show feel.”

Go for the recognition of hardworking colleagues and students; stay for Faculty Senate President Jamie McDonald’s amusing introduction of a certain professor who earned a “special” distinction.

While the Celebration of Excellence spotlights student, faculty and staff achievements in scholarship, teaching, service, leadership, mentoring, the Hall of Fame zooms in exclusively on stellar graduating students. Ten distinguished seniors were inducted this spring into the Florida Gulf Coast University Hall of Fame— the ultimate recognition given to students at FGCU. These high-achieving Eagles are leaders among leaders, models of mentoring, superstars of scholarship and service who epitomize The FGCU Effect — inspiring those who inspire others.

“At FGCU the highest award a student can achieve is induction into our Hall of Fame,” Dr. Mitch Cordova, vice president of student success and enrollment management, says in a video introduction. “Although things are little bit different this year, we still want to recognize the outstanding achievements of all of our students.”

A committee of faculty, staff and alumni reviews nominations and selects up to 10 Hall of Fame honorees each spring. The 2020 inductees are listed below with some of their accomplishments along with thoughts on their FGCU experience: 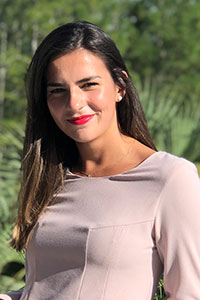 A biotechnology major from Brazil, Carolina Cora served as a mentor to other international students, as an Eagle International Ambassador and as president of the International Organization. She also mentored Honors College members and tutored and mentored student-athletes while earning a cumulative 3.97 GPA, the highest of all this year’s Hall of Fame recipients. For Eagle View Orientation, she was selected as an administrative leader. Cora’s volunteer work included Camp Boggy Creek, which enriches the lives of children with serious illnesses. “When I arrived here I faced a lot of challenges,” she says. “I wouldn’t have made it this far alone. Each difficulty I faced was overcome with the support and encouragement of those around me.” 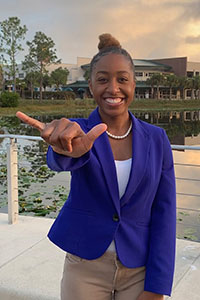 A first-generation college student, Raliyah Dawson received more than $60,000 in local scholarships to help her achieve her dream of completing a nursing degree.An Honors College member, she served as a peer coach and peer tutor in Student Support Services for more than two years and as a lead team volunteer with Hunting for a Cure, a nonprofit that raises awareness of and supports research into the life-threatening genetic disorder Hunter syndrome.“Throughout my time at FGCU I’ve learned when you live intentionally and when you pursue purpose for the needs of the people of the community or the needs of the people around you it’s easier to leave a legacy that others want to follow in,” Dawson says. 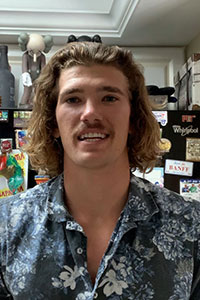 A double major in finance and economics, Honors College member Tony Guarino was a founder and president of Global Business Brigades, which promotes economic opportunities in the developing world. He also served in Student Government and studied abroad in Peru and Spain. “The Hall of Fame is an awesome way to be recognized for the years I’ve spent at FGCU,” Guarino says. “It goes to show if you set your mind to something, anything is possible.” 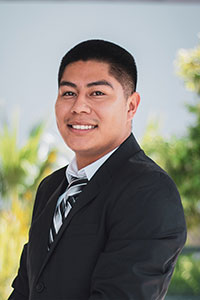 Bioengineering major and Honors College student Cesar Hernandez-Isidro received multiple research grants and scholarships that helped him to become the first in his family to earn a college degree. Working with a disabled community member, Hernandez-Isidro developed a mechanism for powered wheelchairsthat makes them more effective in driving through a wider range of environments — an advance that earned media attention. “Being in the Hall of Fame helps me spread my message of hope to those that come from similar backgrounds as me, to prove that no matter the how tough the journey may be, one can still accomplish great things with the proper mindset,” he says. 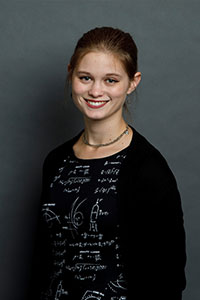 On the way to graduating with majors in civil and environmental engineering, Morgan Humphrey represented FGCU at the Honors Conference and the Florida Undergraduate Research Conference. She served as a student mentor for the Women in STEM Living Community and was involved in environmental programs such as Engineering Community Outreach, Environment Association Student Chapter and ECHO Farms. “Being in the Hall of Fame means a lot to me,” Humphrey says. “It represents everything I’ve done over last four years during my education at Florida Gulf Coast University.” 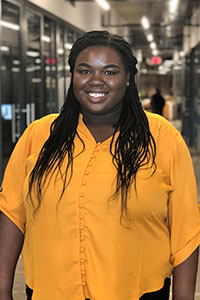 Political science major Chisara Ibezim was a role model for community leadership at FGCU, serving as an Honors College senator as well as a senator and assistant director of academic engagement for Student Government. She also completed internships at the United States Embassy in Ghana and for Education for Peace in Iraq. “Being in the Hall of Fame means I have an obligation to continue to better myself in anything that I do,” Ibezim says. “I think it’s only right I continue to positively impact my community after graduation.” 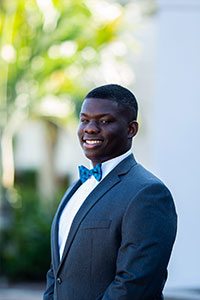 An international student from Haiti, Ted Michel wanted to leave a legacy at FGCU but when he first enrolled he wasn’t sure how. “I quickly learned I needed to get out of my comfort zone and get involved to make this happen,” he says. “I developed a passion for leadership, service and mentoring others through different programs offered on campus. All these opportunities have helped me become the person I am today.” Michel served as a Student Government senator and treasurer for two terms. A civil engineering major, he alsoconducted research comparing the properties of cement from the U.S. and that from Haiti, with the goal of improving the quality of material used in his homeland. 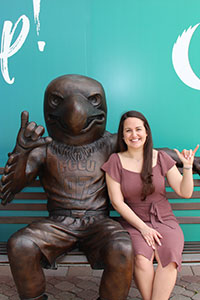 Honors College graduate Karla Moreno-Perez, who double-majored in forensic studies and forensic science, holds the distinction of being chosen as an alternate for the Fulbright English Teaching Assistant program to Spain. She participated in Alternative Break for two years, then served as an Alternative Break director for another two years. She also completed more than 400 hours interning with the Florida Department of Law Enforcement and Collier County Sheriff’s Office.“As a first generation Latina-American, this honor isn’t just for me,” says Moreno-Perez. “Being in the 2020 Hall of Fame is a true embodiment of the American dream and makes all of my family’s struggles and sacrifices worthwhile.” 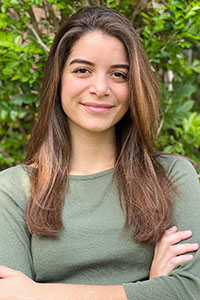 Coming from the Dominican Republic, Honors College graduate Luisa Rodriguez says she understands a life of struggle and pain. At FGCU she has worked to ease the struggles of others through volunteering and leadership in Global Medical Brigades, which provides free medical and dental care to rural areas in need in other countries, as well as The Big C and Hunting for a Cure. A biology major, Rodriguez also foundedProject Ciclovia, which brings free services such as food supplies, bike repairs and blood pressure screenings to migrant farm workers in nearby Immokalee.For all her efforts she received the Office of Service-Learning & Civic Engagement’s Excellence in Civic Engagement Award for Spring 2020. “This honor gives me an opportunity to inspire other students to become the best versions of themselves and serve their community to the best of their ability,” she says. “Now, it is my responsibility and greatest pleasure to continue to uphold the values FGCU has instilled in me.” 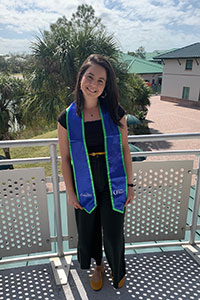 Honors College member Thelma Sanchez graduated in the top 15% of all bioengineering students who have completed degrees in the last five years. As an Eagle View Orientation leader, she showed a remarkable ability to connect with families as well as new students. Sanchez also contributed to a range of university committees including Grade Appeals, Title IX,Diversity & Inclusion and Honors College Senate Scholarships.“Being in the Hall of Fame is a great honor for me and my family,” she says. “It is also my little way of saying thank to my parents for bringing me to this country and shaping me into the human being I am today. I can’t wait to take The FGCU Effect with me everywhere I go.”