ONE TRAIT WGCU HAS noticed among viewers and listeners is that they’re an inquisitive lot. They have plenty of questions about Southwest Florida, whether they are natives (the few, the proud!), long timers, newcomers or sometimers.

Some of their questions have histories as big and murky as the Everglades, and you can be sure the WGCU news team is talking about them. Others can be answered in less than two minutes in video segments now airing between programs on WGCU TV in the series “Curious Gulf Coast.”

“Curiosity Correspondents” Gabby Kadoo and Mariana Lamb are hosts of the features in English and Spanish, respectively.

“Curious Gulf Coast is a way for us to engage with our audience because the questions come from them,”

said WGCU’s Associate General Manager of Content Amy Shumaker. “The spots are fresh and chosen to appeal to a wide audience. They’ll run across all of our platforms – on the website, on social media and on TV.”

Questions cover the waterfront. More than one person in Southwest Florida wondered why the sand on Siesta Key seems so different from what’s on other area beaches.

The answer actually digs up a kinship between that barrier island off Sarasota and the mountainous region of Appalachia. Tune in to WGCU TV for the answer.

How much do you know about the mural on the eastern façade of the federal courthouse in Fort Myers? Titled “An Alternative History,” it was done by muralist Barbara Jo Revelle and depicts various historic scenes as she imagined them, including the arrival of the railroad crossing the Caloosahatchee, a Cracker cowboy and Seminole leaders.

Also depicted on that mural is a rendering of the fort in Fort Myers. But who was Myers? He was the son-in-law of Union General David E. Twiggs, and whose full name was Quartermaster General Abraham Charles Myers, and he may never have even set foot in the fort – or the city – before he died in 1889. He certainly seems to have made an impression on his wife’s father. WGCU answered that one with help from the Southwest Florida Historical Society.

What’s up with Chokoloskee, Caloosahatchee and Cocohatchee? These three local names are more than just tongue twisters; each represents a bit of Southwest Florida history with which to impress vacationing guests or even longtime residents.

“I’ve lived in Southwest Florida for almost 40 years, but researching and producing these Curious Gulf Coast segments has opened my eyes to a lot of new fun facts about the area,” said WGCU Senior Producer Jim Goin.

Host Kadoo is a soon-to-graduate theater student at FGCU who is from Davie, Fla. Lamb is a broadcast reporting intern at WGCU who will graduate from FGCU in May.

These video shorts add to the collection of earlier WGCU “Curious Gulf Coast” TV and radio segments that addressed such topics as the origin of the word “cracker,” the history of dog racing in Florida, and why the state doesn’t have a ban on plastic bags.

Can be seen on WGCU-TV between various programs.

NEWS EN ESPAÑOL
The WGCU news team recently collaborated with the Coalition of Immokalee Workers to launch short radio news segments voiced in Spanish and broadcast via Radio Conciencia La Tuya 107.7. The goal for this effort is to expand WGCU’s reach to Spanish speakers in Southwest Florida.

TRUST CONTINUES
For the 16th consecutive year, Americans rated PBS and its member stations the most trusted institution in a nationwide survey. Americans rank PBS as more trustworthy than institutions such as courts of law, the federal government and Congress, as well as media sources such as digital platforms, commercial broadcast and cable television, newspapers and social media. Respondents also said that PBS was their most trusted source of news and public affairs programming.

PBS KIDS is also viewed by parents as the most educational media brand, substantially outranking other cable and commercial networks.

This survey was developed by PBS and conducted online within the United States by Marketing & Research Resources, Inc. (M&RR) on behalf of PBS from January 3-8, 2019, among 1,015 adults ages 18 and older. The sample included 490 men and 525 women. The results are weighted to be nationally representative of the U.S. adult population. 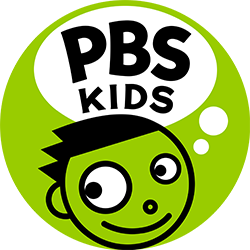