When you think about the most-read women authors among college students, it’s no surprise that Jane Austen, Toni Morrison, Mary Shelley and Virginia Woolf are among them. But in the seventh spot on Time Magazine’s 2016 list of “Most Read Female Writers in College Classes” was the name Elaine Nicpon Marieb. Her well-respected the past seven years, she donated $15 million to FGCU, where both the College of Health & Human Services and the building in which it stands bear her name. Her gifts make her the largest individual donor in the university’s history. 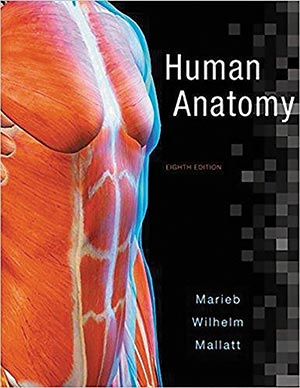 Marieb had a storied writing career that spanned four decades. She authored and co-authored more than a dozen best-selling textbooks and laboratory manuals.

Always striving to understand the relationship between the study of the human body and the clinical aspects of nursing, she enrolled in Holyoke Community College’s associate degree nursing program while she was teaching and earned her nursing degree. She went on to earn a bachelor’s degree in nursing from Fitchburg State College and a master’s degree from the University of Massachusetts at Amherst with a clinical specialization in gerontology. 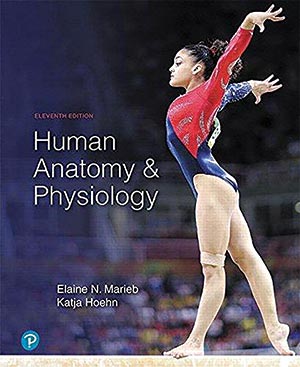 In 2016, FGCU awarded her an honorary doctorate as well. Marieb described herself as an “accidental author” as she’d written only a few academic journal articles before reviewing textbook manuscripts in the 1970s.

During an interview in 2012 with an FGCU reporter, she said that she “just kind of fell into writing textbooks,” primarily from doing a lot of reading and critiquing of others’ books for publishers because she needed the money at the time.

Then she began looking for a lab manual that suited her and couldn’t find one, so she began creating her own.

“A publishing company asked to see it, and I sent them half a dozen sections and the next thing I knew, I was offered a contract.  One thing I want to say to young people is don’t ever turn your nose up at an offer,” she said. “You never know what it’s going to lead to.”

Since 2012, when Marieb bestowed her first gift upon FGCU’s health professions program, 35 nontraditional students have received more than $200,000 in scholarships. These are students who are older than average and have been out of school for at least three years.

It is a situation Marieb knew well. Her husband became disabled and she recalled having to work while also going to school.

“Many times I thought I would have to drop out,” she said. “Somehow, I made it. You do what you can. I was an older student. I didn’t have much in the way of help. I fully believe almost anybody can be successful and have a life that can make them happy. Mine has made me very happy. That’s why I’m giving back.”

In addition to her gifts to FGCU, she also gave generously to Holyoke Community College, Mount Holyoke College and University of Massachusetts at Amherst.

Born April 5, 1936, in Northampton, Mass., to Evelyn Rose (Paley) Nicpon and Francis Joseph Nicpon, she grew up on her family’s farm. As a teen, she sang the blues at a local café and attended Smith College. She died Dec. 20 in Naples at the age of 82.

She was preceded in death by her husbands, Joseph Marieb and Harvey Howell, as well as her daughter, Pamela Marieb. She is survived by her grandchildren, Shanna Torres and Joseph Mossler; three sisters, Rose Marie Weibel (Charles), and Marilyn Ann Gawle (Paul), both of Easthampton, Mass., and Susan Ellen Koldis (William) of Northfield, Mass. She is also survived by many nieces, nephews, great nieces and great nephews.

“At a time when it was uncommon for women to be working outside the home while raising a family and continuing to pursue her education, she overcame all odds. She is an inspiration to all women and (an example of) what one can accomplish when you put your mind to it.”
– Libby McHugh, board member, Elaine Nicpon Marieb Charitable Foundation

“Outside of my immediate family, she had the most profound impact on my
life. Her generosity allowed me to get my degree, and knowing that someone believed in me, especially in the moments when I didn’t believe in myself, was so important to me.”
– Jillan Charlemagne, ’17 Health Science, now working for Neogenomics

“Each day I have witnessed the fruits of her magnificent generosity. She was an extremely gifted educator and scholar, a household name among scholars and professionals. There’s no question that Dr. Marieb was a scholar among scholars. Her legacy lives and breathes here and will continue to do so in every student who walks through her hallways.”
– Joan Glacken, interim dean of the Marieb College of Health & Human Services

“Early in my career as a young faculty member, I used to teach anatomy and physiology to undergraduate students and often used her textbooks. You can then imagine how much I was in awe when I actually met Dr. Marieb – the Dr. Marieb – for the first time in August of 2011. But as Dr. Marieb became Elaine to me, I viewed her much more than just the most renowned anatomy and physiology textbook author in the world. I viewed her as a true friend. I viewed her as a mentor, someone I could rely on for her honest counsel and advice. I admired and revered her perspective on how to educate students so that they genuinely learned the subject matter.”
– Mitch Cordova, vice president for Student Success and Enrollment Management