Jessica Goodall has spent her professional career trying to lift up people who are at the lowest points of their lives financially, emotionally and physically.

It’s her unyielding dedication as a champion of the underserved and underappreciated in the Southwest Florida region she calls home that has made Goodall, founder of Eva’s Closet & Foundation, the 2019 Alumna of Distinction at Florida Gulf Coast University. She was honored in February along with five other alumni named Soaring Eagles at the annual Alumni Awards, which recognize achievements by FGCU graduates in their communities and careers.

Goodall’s organization works with no paid staff members – mostly interns and volunteers from FGCU. It’s the perfect partnership, the way she sees it.

“I have received unconditional support from my social work professors and the Master of Social Work department from the onset,” Goodall said. “The FGCU MSW program allowed me to strengthen my professional skills and aided in providing the building blocks for the establishment of Eva’s Closet. In addition, Eva’s Closet’s success is due also to the wonderful FGCU social work and psychology interns, as well as FGCU volunteers, who assist in daily operations. I am forever thankful for the amazing impact FGCU has played in my life.”

In fact, it was while she was still working on her master’s degree in social work with a clinical concentration at FGCU, which she earned in 2016, that Goodall brought together all of her knowledge and experience to start Eva’s Closet & Foundation.

Eva’s Closet has provided free assistance in every way imaginable to Southwest Florida’s neediest residents and schools by addressing clients’ needs with necessities such as food, clothing, housing, school supplies, utility bills and transportation. Eva’s Closet assists more than 1,000 people each month with clients ranging from children and families living in poverty to domestic-violence survivors, foster children and those aging out of foster care, homeless individuals and families, migrant farm workers, victims of natural disasters, low-income mothers and newborns in need.

“I have received unconditional support from my social work professors and the Master of Social Work department from the onset.”
Jessica Goodall, Alumna of Distinction Recipient

Goodall started her career in 2004 as a child-welfare case manager, then spent time working with foster children. She has ministered to teens and adults struggling with substance abuse. She completed internships working with elderly clients, some with dementia; and with adults dealing with the dual diagnosis of substance-abuse and mental-health issues. She has reached out to grandparents who had become surrogate parents to their grandchildren as a group facilitator for a nonprofit grief-support agency.

Goodall also is a member of several local boards and committees, has been a Big Sister with Big Brothers/Big Sisters, and has used her skills as a certified yoga instructor to teach that discipline to people with dementia and children diagnosed on the autism spectrum. She is a founding member of the Social Work Society, a networking group for social workers and mental-health professionals; and her efforts as a social worker were celebrated at the Social Work Recognition Ceremony at FGCU last year. She also has been honored by the Cape Coral Community Foundation, and was named to the Naples Herald’s 40 under 40 list.

Besides Goodall, alumni from each of five FGCU colleges were honored as Soaring Eagles for their accomplishments. They are:

College of Arts and Sciences 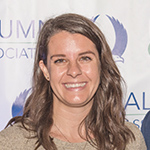 Dr. Meghan Finley first prepared for her veterinary career working as a certified assistant at Angel Animal Hospital in Bonita Springs while she was an Honors student at FGCU earning her bachelor’s degree in chemistry with minors in biology, interdisciplinary studies and music.

After graduating from FGCU in 2013, she studied veterinary medicine at Ross University in St. Kitts, West Indies, and served a clinical year at Texas A&M before returning to Angel Animal Hospital’s Naples location in 2017 as an associate veterinarian. She is FGCU’s first chemistry graduate to become a doctor of veterinary medicine.

Wally Crane makes the best sandwiches of any alum in FGCU’s 20-year history, and if you don’t believe it, you haven’t visited nearby Wally’s Deli on Alico Road.

Armed with a degree in business management after his graduation from FGCU in 2012, Wally’s entrepreneurial skills kicked into action when he couldn’t find a decent breakfast sandwich. He gave up a promising career as a financial representative to open a mom-and-pop style deli in 2015, and has quickly built a devoted following. He is a loyal Eagle booster, and in the past year, he has expanded Wally’s Deli sandwiches to Southwest Florida International Airport. 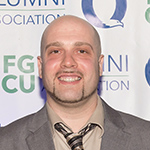 Joseph Marro has made a huge impact as a music instructor since he earned his master’s degree in education in 2011 at FGCU, first in Southwest Florida school districts and most recently in New York.

He was a band, orchestra and choral director and instructor at Cypress Lake Middle School and High School Center for the Arts in Lee County, then Golden Gate Middle School and High School in Collier County. During that time, Marro also was strings director for elementary students with the Music Foundation of Southwest Florida. Since moving to New York in 2012, Marro has been an innovator and award-winning musical leader and educator, primarily with the New York City Department of Education and the Wyandanch Union Free School District, for which he currently serves as district music supervisor and administrative intern. 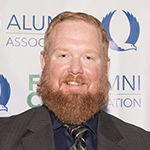 He’s now a project manager for AECOM Technology Corp. in Fort Myers, where he works on initiatives that focus on water and wastewater infrastructure. He has been selected for that company’s ELEVATE program, for employees considered to be in the top 1 percent of a workforce that numbers 90,000 globally. Chisum also leads the Southwest chapter of the Florida Water Environment Association (FWEA). He was heavily involved with activities while at FGCU, most notably as founding director of the Southwest Florida Solar Go-Kart Challenge and founding president of the FGCU Colony of Theta Tau, the national professional engineering fraternity. 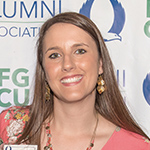 Danielle Visone holds two degrees from FGCU, earning a bachelor’s in psychology in 2014 (with a minor in interdisciplinary studies) and a master’s in social work with a clinical concentration in 2016. She also has a passion for helping grieving children cope.

Since becoming a Licensed Clinical Social Worker last October, Visone has been program director of the Blue Butterfly Grief Center for Tidewell Hospice in Sarasota, where she develops and facilitates children’s grief curriculum, recruits and conducts assessments on children and families, and networks with community stakeholders. Locally, she formerly was a program director for Valerie’s House, growing the program from serving 20 children in one location to helping more than 150 in three locations during her two years there. Visone also worked with clients at Sunshine State Counseling Center, Eva’s Closet & Foundation and with the Rainbow Trails Children’s Grief Camp of Hope Hospice in Fort Myers.