The battle cry of a 21st century education is seldom a call for liberal arts. English, philosophy, history and the humanities too often are dismissed “as lesser than” when compared with science, technology, engineering and math (STEM). Yet the reality is education is not an either/or; it’s not a them vs. us; nor liberal arts vs STEM. It’s more a case of first cousins sharing a common bloodline. Clay Motley, associate professor of English and director of the FGCU Honors College, is emphatic: “I don’t see STEM education as being fundamentally different, incompatible or unconnected to the liberal arts.“

A liberal arts education is well rounded and teaches students about different aspects of the world. An English major, for example, needs to learn a little about economics: an engineering major should know something of literature or history. The liberal arts approach is where students, regardless of their major, graduate knowing how the world works.” It all boils down to a common misconception that the purpose of education is purely vocational. “Too often politicians and legislators – people who control state university funding – put pressure on universities to produce more majors in specific areas of study that they define as immediate, positive and lucrative – business, nursing, construction, engineering, for instance,” Motley said.

So, the thinking goes something like this: an engineering major is sure to find job postings for an engineer; computer science majors will have employment opportunities in the field of technology. But a philosophy major, argue those who question the value of a liberal arts education, won’t find a job posting for a philosopher. Hence, what value philosophy as a career choice? This black-and-white approach to education is far too simplistic. And, importantly, not fair. A college degree does not have to have the name of a job.

“When the recession hit and hard times met higher ed, we tried to resell a college degree based on its vocational impact. “In some respects, we set ourselves up. In our attempt to get legislators to fund workplace development, we made the case that vocational training and economic development was essential.” And, he said, unfortunately, “We made the case for the short term, not thinking long term.” The argument captured the imagination of legislators and college and university board members, many of whom got caught up in the singular focus. Next, of course, the matter of student debt loomed large. Funders focused solely on outcomes and, as a result, looked to support curriculum that promised graduates higher-paying jobs as a result. “A series of things conspired to create today’s environment,” Martin said.

“Some of it self-inflicted. We are now defending that which we never should have had to defend.”

Embedded in that argument is a deepseated belief that liberal arts majors are less likely to enjoy a lucrative career. That, too, is flawed thinking. As noted in a recent report by the Wall Street Journal: “… a year-long survey of 1.2 million people with only a bachelor’s degree by PayScale Inc. shows that graduates in these subjects [philosophy or international relations, as two examples] earned 103.5 percent and 97.8 percent more, respectively, about 10 years post-commencement. Majors that didn’t show as much salary growth included nursing and information technology.” Glenn Whitehouse, associate professor of philosophy and director of the PAGES program, cut to the chase: “Isn’t the goal of a college education to train students to think critically, to communicate clearly and to solve problems? Students who major in a liberal arts field get intensive training in these skills. Skills that are transformative and prepare them well to take on a variety of different tasks.”

Whitehouse is quick to say that many professions, especially in the STEM fields, require a specific set of skills and an intense focus on acquiring those skills. However, he agreed with Motley that even these students need a basic understanding of the humanities in the same way that liberal arts majors need to know something of biology and mathematics. Bob Gregerson, dean of the College of Arts & Sciences and professor of biology, reaffirmed: “A liberal arts education helps inculcate a set of skills and habits that is applicable in almost any type of situation.” It isn’t difficult to find FGCU alumni who exemplify the best attributes of a liberal arts education. Take Jonathan Morhaim (’11, Philosophy), an attorney at Liebler, Gonzalez & Portuondo in Miami and former Florida Assistant State Attorney. “At first glance it may not seem that there are lots of opportunities for liberal arts majors,”

Morhaim said. “But that isn’t the case. Philosophy, for example, translates particularly well into preparation for law school, much of which is tracing the history of jurisprudence in order to understand the law through its history. Tracing ideas. That’s what you do as a philosophy major and that’s what you do in law school.” Morhaim said that a liberal arts education – to think, to analyze, to communicate – is a reasonable and viable preparation for many professions and added, “I can’t speak highly enough of my FGCU liberal arts education,” he said.

“The process was great, and the professors made learning the material enjoyable.” Then, there’s Tiffany Esposito, (’09, Communication, ’12, MBA).

Ten years after earning her undergraduate degree, Esposito was appointed CEO of the Bonita Chamber of Commerce. “A liberal arts education teaches students the necessary people skills, the soft skills that employers look for but that are so difficult to teach,” she said. “The path I took – a liberal arts foundation followed by an MBA – gave me the critical thinking skills and accounting and finance expertise, enabling me to lead a successful organization. “The biggest challenge with a liberal arts degree is with students who need to learn how to articulate their skill set so that employers understand the skills they bring to the table.” 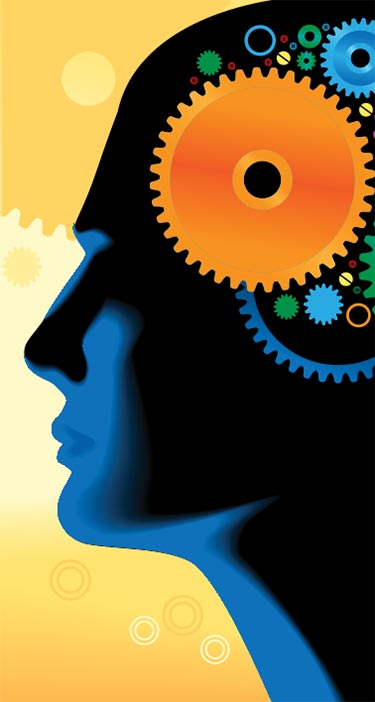 Esposito began her career as communications manager at the Bonita Chamber. She was promoted to director of operations, then vice president after earning her MBA. A brief stint at the Naples Chamber was followed in 2016 with the offer to return to the Bonita Chamber as CEO. Full circle. “I’ve worked closely with Dr. Whitehouse,” she said, “and I’m pleased to be representing businesses in our communities.” “A liberal arts education trains our students for a lifetime of work,” added Gregerson, who pointed out that in today’s world people work in multiple jobs and careers over a lifetime. “The ability to be adaptable and armed with a strong set of abilities to bear in lots of situations is critical.” In fact, key findings from a “2018 Employer Research” survey conducted by the AACU (Association of American Colleges and Universities) back up Gregerson’s position: 90 percent of hiring managers valued oral communication; 87 percent, teamwork skills with diverse groups; 84 percent, critical thinking and analytic reasoning; 87 percent, ethical judgment and decision making; and 87 percent, applied knowledge in real-world settings.

In yet another study, “Liberal Arts Graduates and Employment: Setting the Record Straight,” the AACU found that “93 percent of employers agree that candidates’ demonstrated capacity to think critically, communicate clearly and solve complex problems is more important than their undergraduate major.” Additionally, the report found that “4 out of 5 employers agree that all students should acquire broad knowledge of the liberal arts and sciences.” Indeed, liberal arts courses offer lots of creative opportunities to acquire these skills. Motley’s Honors class, “The History of Rock and Roll,” is just one example. “The first thing I ask my students is, ‘Why study rock and roll?’” Motley said. “The answer is simple. There’s so much to learn about the 20th century through music – politics, economics, race, gender. Looking at how these subjects are represented in a popular musical genre and how this music fuels cultural changes stimulates debate and challenges students to think more deeply about their world.” Motley points out that Elvis’ first record came out at the same time as Brown vs. the Board of Education. The year was 1954; the issue, Oliver Brown was denied admission into a white school and alleged, in a class action case, that laws allowing segregation in public schools were a violation of the 14th amendment. Today’s students were not even born in 1954 and the chances are good that they didn’t know about this case or its details. Chances are equally good that they didn’t understand how its successful resolution profoundly impacts education as we know it today.

“So, we talk about how that case reflected the culture back then, and we ask how it changed the culture,” said Motley. “A liberal arts education helps a person to better understand the world they live in. It invites debate … If you just teach me to do a task or memorize facts, that’s fine. But learning how to live my life as a thinking person? That’s best.” Kaliegh McFadden (’19, Psychology) is a huge fan of her liberal arts education. It all started for McFadden during her freshman year when she discovered PAGES, a program for professional development and career advancement for liberal arts majors. PAGES is an acronym for: Professional development & networking; Academic achievement; Global sophistication; Engaged living; Skills development – which just about says everything you need to know about the program. Whitehouse, director of the program, explained: “Basically, PAGES is a career exploration program. We help students understand their professional options and learn how to be competitive.”

Student participation in the program is voluntary. PAGES uses a peer coaching model to help students clarify their professional goals, define steps to achieving those goals and hold one another accountable. This is accomplished through workshops, mentoring programs, study abroad opportunities and more. “For example,” Whitehouse said, “there are probably 100 or more job options for a psychology major, but students probably only know about five of them.” PAGES opens their minds to future possibilities.

“The PAGES program is sponsored in large part through the generous donation of the Seidler family,” said Whitehouse, who credits the Seidler support as the reason PAGES has managed the level of success it now enjoys. Lee and Gene Seidler and Lee’s daughter, Laurie, created the Seidler Fund to benefit FGCU students. The fund enables FGCU to invest in a wide range of programs and learning opportunities for students in the College of Arts & Sciences through support for undergraduate scholarship, internships and mentoring, especially among students in the humanities disciplines. Lee Seidler has said, “There is no better foundation for success – by any measure – than a liberal arts education. Creativity, flexibility and reason allow us to shape the future.”

Once introduced to PAGES, McFadden participated in its workshops and programming throughout her college career. “Overall, what I’ve taken away from my experience is an expanded knowledge of the possibilities for me as a psychology major. It’s cool how my options broadened over time. I’m very proud of my liberal arts-ness.” The bottom line, said President Martin: “A good dose of a liberal arts education is still necessary to advance well-rounded citizens. A college degree, more than any other thing, teaches students how to learn, and that’s the best roadmap and investment they can make for their future,” and, many would add, for the future of our communities and our world.